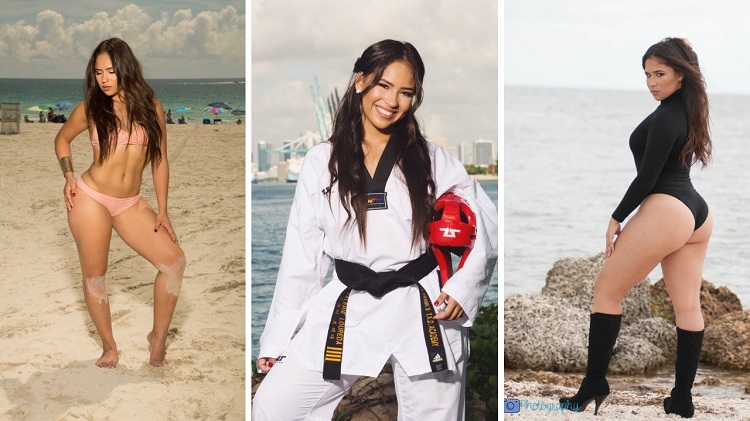 Master Valerie Loureda is a fourth degree or Sah Bum Nim, Black Belt in Taekwondo and Olympian. Master Loureda is one of few successful pure strikers that has converted over to MMA, or Mixed Martial Arts. Master Loureda fights for Bellator MMA and is on an impressive 4-0 run.

Master Loureda, while undefeated in MMA, has found herself on the hated end of some MMA women’s fighters. Of Hispanic ancestry, mixed with 20 years of vigorous Taekwondo training, Master Loureda has the benefits of having an amazing body (her butt gets most of her hate from other female fighters. Her butt and her slim waist). Master Loureda doesn’t apologize for being beautiful, she encourages other girls and women who are bullied for their beauty, to be proud of who they are!

I think that’s where people mistake. It’s not for social media. I am the way that I look like, but I’m also a fighter. What does one thing have to do with the other? Just because I look different than other martial artists doesn’t make me any different. It’s my identity, this is why Valerie Loureda is different.

The 22-year-old Miami Cuban-American model and MMA fighter has said in the past that she is attempting to follow in the footsteps of her fellow American Top Team teammate Jorge Masvidal.

Professional MMA fighter, Model and Martial Artist, is there anything she can’t do?