A tale of two Jessica’s 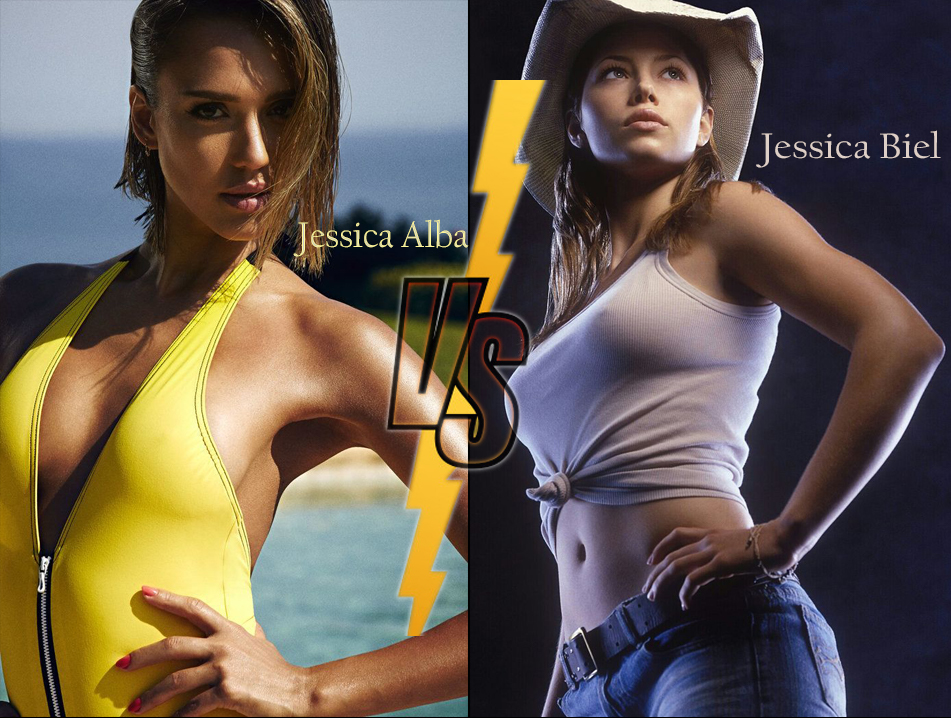 A tale of two Jessica’s

For sometime now there has been a rift between whom is hotter? Jessica Alba? Or Jessica Biel? Before we give our answer as to which is hotter, first we want to point out neither is Alyssa Milano 😉 Second, where we first saw them.

Jessica Biel is an American actress, model and singer.

Her first role in a film was the role of a rebellious goth-Casey Jackson, granddaughter of Peter Funds, adopted in the critical drama “Ulee’s Gold” (1997). This role brought her a Young Artist Award prize. As popularity came to Jessica, so did the role of Sophie, opposite Edward Norton in “Illusionist” (2006) for which she received two awards. She went on to co-star with Nicolas Cage in the film “Next” (2007). Jessica had one of her most sexy roles in 2007 “I Now Pronounce You Chuck & Larry” Where she preceded to disrobe in front of a homosexual acting heterosexual Adam Sandler. In which Sandler had to feel her boobs!

Today, Jessica is an activist, movie producer, wife and mom to Justin Timberlake and her two children.

Jessica is an actress, businesswoman and philanthropist. Alba began her television and movie appearances at age 13 in Camp Nowhere and The Secret World of Alex Mack (1994), but rose to prominence at 19, as the lead actress of the television series Dark Angel (2000–2002), in which she received a Golden Globe nomination. Alba co-founded The Honest Company, a consumer goods company that sells baby, personal and household products. Alba grew up in a very conservative family while being very liberal and embracing her liberal ways at a very young age. Having strict conservative parents gave her enough pause while working the movie set “Sin City” Nudity was an option for her, but she choose to stay in her Dad’s good graces. Although she opted to stay clothed, her dance scene is super hot! She also had a pretty hot scene in the movie “Good Luck Chuck” if you haven’t seen it, you must!

When not acting, Alba can be seen working her Honest Company as well as as with her husband and children. Alba’s most recent roles is in the drama TV show “L.A.’s Finest” which is worth checking out!

As far as which of the Jessica’s we choose, it’s simple; We are! Both women are gorgeous, sexy, successful and bad asses and we get to watch them!