Name dropping? Redskins may not have a choice 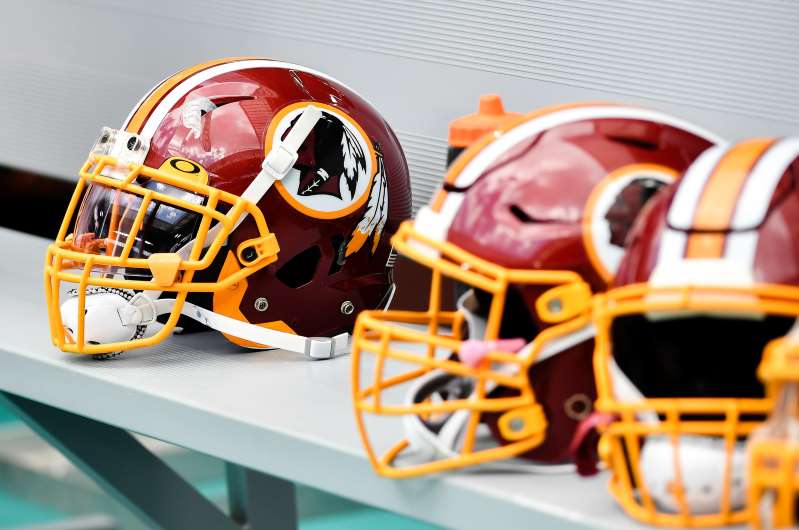 Name dropping? Redskins may not have a choice

With the NFL season quickly approaching and the season being questioned due to COVID-19, one thing holds true; The Washington Redskins Football team has come under fire for their name yet again.

I remember back in the early 1990’s, the Redskins came under fire to change their name. There were various Indigenous People who were upset at not just the Washington Redskins, but the Atlanta Braves, Cleveland Indians, Chicago Blackhawks and even 2019-2020 Superbowl Champs, the Kansas City Chiefs and called for a name change. I remember African American people wanted to have the Baltimore Orioles, name changed as the Nabisco Oreo cookie is what African American people who identified as white, were called (Black cookie on the outside, white filling on the inside). That argument quickly lost it’s steam when the community found out it’s actually the name of a bird. I digress, The “Redskins”, has been one of the few teams that were unwavering in their defiance of not changing their name. This may all come to a screeching halt thanks in part, due to the recent civil unrest of 2020.

May 25th 2020, the world watched as George Floyd begged for his life while a former Minneapolis Police Officer knelt on Floyd’s neck for 8:46 prompting the above mentioned civil unrest. Due to the murder of Floyd, we have witnessed almost overnight, a softening of racial intolerance and an amplified rebuke of anyone associated with what is perceived to be racism. We have seen “Generation Z” come to the aid both in physical and virtual means and apply pressure to the “Boomers”. This pressure brings us back to the Washington Redskins and their name.

Amid reports that the Washington Redskins will have to change the team’s name to earn a desired new stadium, a significant sponsor has delivered a stern message to the franchise regarding the matter.

According to Fox 5 DC, FedEx released the following statement on Thursday: “We have communicated to the team in Washington our request that they change the team name.“

The Redskins currently play at FedEx Field and are scheduled to host games at the venue this fall amid the Corona Virus pandemic.

Team owner Daniel Snyder has repeatedly insisted he won’t change the name regardless of any outside outcries.

I figured out why my Vikings can’t win a game!